Adele Dunlap (née Henderson; 12 December 1902 – 5 February 2017) was a validated American supercentenarian who was the oldest living American resident at the time of her death. However, she was not the oldest American citizen, as the emigrant citizen Marie-Josephine Gaudette lived in Italy.

Dunlap was born in 1902, in Newark, New Jersey, to parents James and Sarah Henderson. She had three other siblings; all of them were older brothers. As a young girl, she once stated that she was going to ”live forever”.

After graduating from Newark State Normal School in the early 1920s, she worked as a 3rd grade teacher in Kearny and later became a housewife after her marriage to Earl Dunlap. They married sometime before 1930. She stated that continuing her teaching job would deprive unmarried women of chances when looking for work. The couple had three children in total; two sons and one daughter.

In 1989, Dunlap moved in to live with one of her sons’ family. She was able to drive a car until she was 89 years old. She moved to a nursing home at age 99, where she resided until her death. At the age of 110, it was reported that she was wheelchaired (but able to walk with a walker) and had poor hearing. Her eyesight was good enough for her to be able to read, however.

Dunlap currently holds the all-time record for New Jersey-born people. However, in terms of oldest people to reside/die in the state, Elena Slough was older. 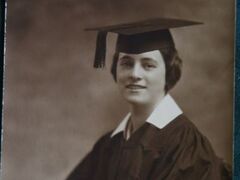 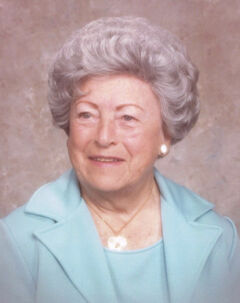 Dunlap during her adult life. 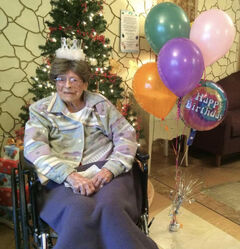 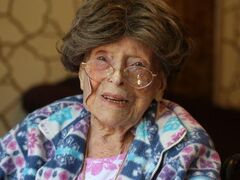 Dunlap aged 113, after becoming the oldest person in the USA. 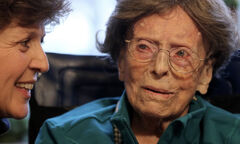