Aida Carmen Gandine Dodera [Spanish: Aída] (4 May 1910 – 9 May 2020) was an Uruguayan supercentenarian whose age is currently unvalidated by the Gerontology Research Group (GRG).

Aida Carmen Gandine Dodera was born in Montevideo, Uruguay on 4 May 1910. Her parents were Jose Gandine and Carmen Dodera. She had one twin sister named Elida Josefa, and two brothers Luis (born 1911) and Hector (born 1912).

In her youth, she was a neighbor of the biologist Clemente Estable.

She married Rivera Francisco Carbone on 15 March 1930. The couple had four children: Nilda Gladys (born 12 May 1930), Nelson Raul (1932–1932), Teresita (born 1945), and Beatriz (born 1948). Teresita was the first RH daughter in the country (a protein integrated in red blood cells or erythrocytes and through her determination the blood type is detected). Between her first and second daughter, she lost five pregnancies (including Nelson Raul).

In July 2019, she was reported as the second-oldest (known) living person in Uruguay after a 112 year-old anonymous woman. 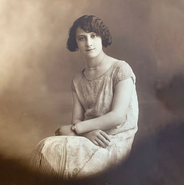 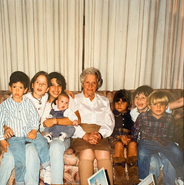