Gerontology Wiki
Register
Don't have an account?
Sign In
Advertisement
in: Female centenarians, Bosnian and Herzegovinian centenarians, 1914 births,
and 4 more

Ajka Lokmic [Bosnian: Ajka Lokmić] (born 4 May 1914) is a Bosnian centenarian who is currently the oldest known living person in Bosnia and Herzegovina.

Ajka Lokmic was born in Bosanski Samac, Austria-Hungary (present-day Samac, Bosnia and Herzegovina) on 4 May 1914. At the age of three, she lost her parents, so she and her siblings were raised by their eldest brother Ibrahim in Sarajevo.

She suffers from high blood pressure. As of May 2014, she had seven grandchildren, and one great-grandchild.

She became the oldest known living person in Bosnia and Herzegovina, following the death of 108-year-old Muska Porobic on 12 March 2021.

Lokmic currently lives with her daughter Zineta Ticic (aged 77 in April 2022) in Vratnik neighborhood, Stari Grad, Sarajevo, Bosnia and Herzegovina, at the age of 108 years, 22 days. 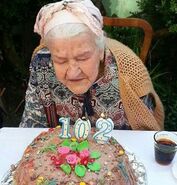 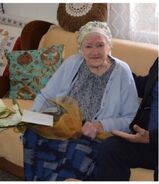 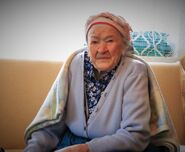 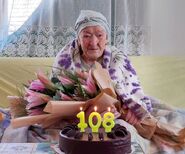