Alberta Liles (née Flowers; 21 August 1904? – 30 December 2017) was an American supercentenarian claimant whose age has been debunked.

Alberta Liles claimed to have been born in Wadesboro, North Carolina, USA on 21 August 1904, although the 1910 census supports 1909. Her parents were James Flowers and Effie Tillman. She married James Liles and had two daughters. She was widowed in 1985. Her sister Rena Mitchell died in 2014 at the age of 97.

On her claimed 110th birthday in 2014, she could still walk without the help of a cane and didn't need glasses. She broke her hip several years ago and had difficulty hearing in one ear, but remained in good health. She lived with her niece.

The 1910 Census lists Alberta as having been born in August 1909, which would make her 108 years old at the time of her death. 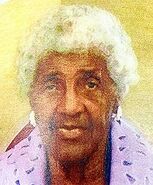