Aleksandra Dranka (née Pięta; 3 October 1903 – 29 April 2014) was a validated Polish supercentenarian, who was the oldest verified living person in Poland at the time of her death.[1][2]

Aleksandra Dranka was born in the village of Harklowa, Austria-Hungary (now Harklowa, Skołyszyn Municipality, Jasło County, Subcarpathia Voivodeship, Poland), on 3 October 1903, as a daughter of Antoni and Maria Pięta née Kula. She emigrated to the United States with her parents in February 1905, where they opened a restaurant in Chicago, Illinois, USA. After Aleksandra survived a shooting at the restaurant and a kidnapping in the port of New York her family decided to return to Poland in 1908, where she helped her parents run a farm. In Poland, Aleksandra survived the times of World War I and World War II. Her life's hobby was sewing. For years, she has been making wedding dresses for brides of her region. In 1928 Aleksandra married Michał Dranka (1904-1991). They were married for 63 years. She gave birth to two children: daughter Krystyna Dziedzic (b. 1930) and son Jan Dranka (b. 1937). She had three grandchildren and four great grandchildren. One of her brothers, Teofil Pieta (1913-2013), lived to the age of 100.[3]

After completing 105 years, Aleksandra Dranka began to receive considerable media interest.[4][5][6][7][8] She celebrated her 110th birthday on 3 October 2013.[9][10] On that occasion she was given wishes from the President of Poland Bronisław Komorowski, as well as from the Prime Minister of Poland, Donald Tusk. She died on 29 April 2014 at age 110 years, 208 days, as the oldest person in Poland and one of the oldest people in Europe.[11][12]On 13 February 2014, her age was validated by the Gerontology Research Group thus making her the first ever confirmed supercentenarian in Poland. In the light of the current knowledge, Aleksandra Dranka was the last surviving person in Poland born in 1903, having outlived everyone born in 1904 as well. As of the present day, she remains the only validated female supercentenarian in Poland.[13]

Aleksandra Dranka was succeeded as the oldest living person in Poland by 109-year old Jozefa Bak of Kielce, Swietokrzyskie Voivodeship.[14] 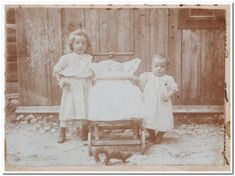 Aleksandra Dranka at age 5 with her younger siblings 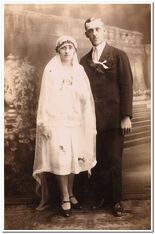 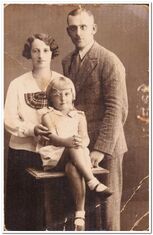 Aleksandra Dranka in 1936 with her husband Michał Dranka and daughter Krystyna Dziedzic. 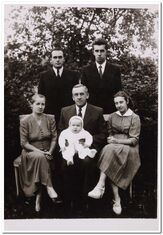 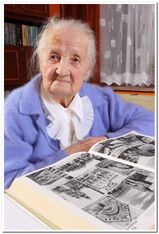