Alice Viola Ostlund [Swedish: Alice Östlund] (née Olsson; 8 December 1906 – 28 March 2018) was a Swedish supercentenarian who was the oldest living person in Sweden and the Nordic countries, as well as reportedly the world's oldest active radio correspondent, until her death on 28 March 2018.

Alice Viola Olsson was born in Jattendal, Gavleborg, Sweden on 8 December 1906, to Lars and Beda Vallman Olsson. Her father worked on the railroad, which lead to the family moving around to several places in Alice's youth. She married Bernhard Ostlund in Ljungsbro, Sweden in 1934. The couple did not have any children.

Alice Ostlund became a regular radio correspondent for Swedish Radio (SR) channel P4 Väst after she won one of the channel's contests in November 2007 saying that she'd use the money to buy Saffron buns to serve visitors on her 101st birthday.

Due to her lucidity and clear mind the Swedish Radio took an interest in her and from then on she was featured weekly at a special segment called "Nu ringer vi till Alice!" where she would speak about things such as her youth, her view on recent events and what kept her going despite her advancing age.

Alice Ostlund as a young woman. 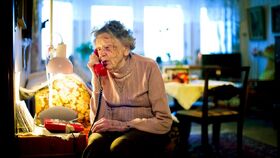 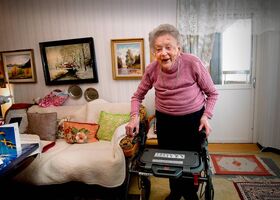 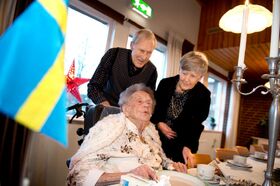 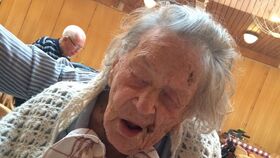