Aline Blain was born as Aline Bongard in Tulette, Drome, Auvergne-Rhone-Alpes, France on 10 August 1911. She was the second of four children. Her parents had a farm in Tulette, with an oil mill.

In July 2021, Blain was asked what she thinks about turning 110, and replied: "It leaves me quite cold. I would like to have a bit less years. But regarding health, I'm not that bad." In August 2021, she celebrated her 110th birthday.

Aline Blain in her centenarian years. 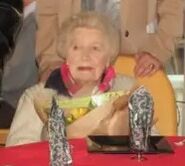 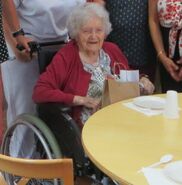