Anne Brasz-Later (16 July 1906 – 2 September 2020), sometimes spelt as An Brasz-Later, was a Dutch supercentenarian whose age has been validated by the Gerontology Research Group (GRG). She was the oldest person in the Netherlands since the death of Geertje Kuijntjes on 24 December 2019. She was also the last living Dutch person born in both 1906 and the 1900s. In addition, she was the eleventh-oldest validated person in the world.

Anne Brasz-Later was born in Goes in the province of Zeeland, Netherlands on 16 July 1906. She gave birth to three children: Hendrik Brasz in 1933 (who now lives in Australia). Elisabeth Cummings in 1934 (who moved from Portland, Oregon, USA to take care of her) and an unnamed daughter in 1936.

At the age of 3, Brasz-Later moved to Indonesia (then the Dutch colony 'Dutch East Indies') and lived there for 40 years. In 1938, she became a widow after her husband died in a car accident. After the independence of Indonesia, she returned to her native country in 1949, at age 43, being penniless. In 1955, Brasz-Later settled in Utrecht and worked at the writing room and correction department of the municipality for almost 25 years. In her later years, she moved to an apartment near a retirement home in Utrecht. Despite avoiding the media to talk about her age, her daughter Elisabeth stated that Brasz-Later, at age 110, was fine, still remembered most things very good and, if it was possible, that she planned staying here for a while.

Following the death of Geertje Kuijntjes of Gorinchem on 24 December 2019, Anne Brasz-Later became the oldest living person in the Netherlands. At that time, she was said to be still quite alert, despite being wheelchair-bound and losing her eyesight.

Brasz-Later died on 2 September 2020 at the age of 114 years, 48 days. She was the fourth-oldest living European supercentenarian behind Tekla Juniewicz, Jeanne Bot and Lucile Randon.

Brasz-Later currently is the third-oldest validated person ever in the Netherlands, behind Hendrikje van Andel-Schipper, and Geertje Kuijntjes. 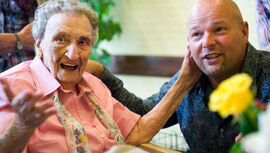 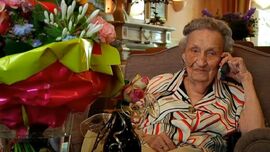 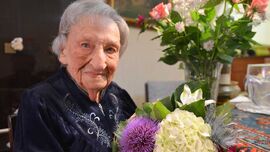 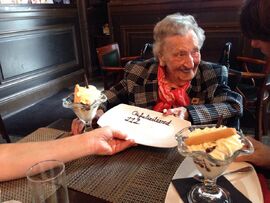 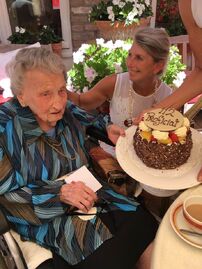 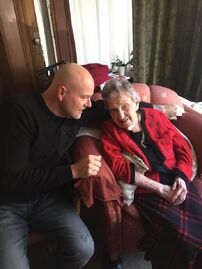