Arnold Seymour Hawkins (30 January 1911 – 18 September 2021) was a Canadian supercentenarian whose age is currently unvalidated by the Gerontology Research Group (GRG). He was the oldest known Canadian-born man following the death of Robert Wiener on 17 February 2019, and was the second-oldest man living in Canada after South Korean-born Ja Hyung Lee at the time of his death.

Following the death of Robert Wiener on 17 February 2019, Hawkins became the oldest known Canadian-born man until his own death in September 2021.

His last surviving sibling, Clara Jean Turner, died in 2020 at the age of 99.

Arnold Hawkins died in Beaver Harbor, New Brunswick, Canada on 18 September 2021 at the age of 110 years, 231 days. He is the oldest known Canadian-born man to die in Canada.

The Hawkins family, also likely around 1915 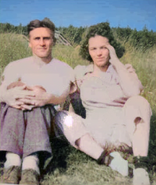 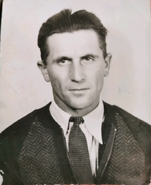 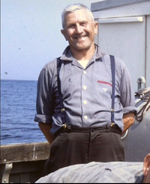 Aged ~70, with his granddaughter Cheryl McKinley 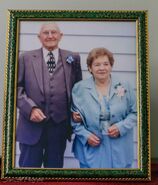 Undated, with his wife Vera 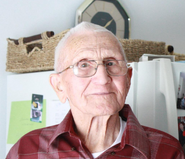 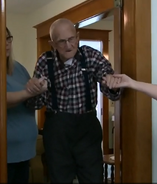 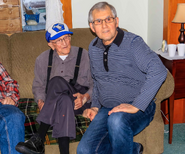 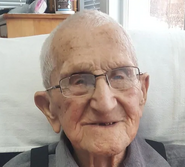 Aged 110, in June 2021 with his great-granddaughter, who had just graduated high school, over 90 years after his own graduation