Augusta Louise Holtz (née Hoppe; 3 August 1871 – 21 October 1986) has retroactively been recognized as the world's oldest person by Guinness World Records from the death of Mathew Beard on 16 February 1985 to her own death, aged 115 years, 79 days. She was also the oldest validated person ever recorded until Jeanne Calment surpassed her record on 12 May 1990.

Holtz moved to the U.S. aged 2 in 1873. Her father owned a farm near Troy, Illinois. She grew up with three siblings. She married Edward Holtz in 1900, who died in 1923. She had four children with him – two sons (Edward and Augustus) and two daughters (Hester and Gertrude). She later moved to St. Louis County, Missouri, where she died at the St. Sophia Geriatric Center in Florissant.

Holtz maintained her cognitive faculties into her final years, retaining a good memory which allowed for her to list off the names of all 23 US presidents she had lived under. She also enjoyed keeping up on current events, which included public figures like Nancy Reagan and Princess Diana. When asked for her secret to longevity, she suggested to "keep having birthdays".

By the time of her 114th birthday in 1985, she was confined to a hospital bed and suffered from failing eyesight and hearing. However, on her 115th birthday in 1986, she was described as being more perky and talkative than in the prior year. She told her daughters that she believed this would be her last birthday, and that she felt ready to die.

According to her granddaughter, she lacked a birth certificate that would authenticate her claim and therefore was not listed by Guinness World Records. However her age was later validated by the Gerontology Research Group in 2012, and she was posthumously recognized as the oldest validated person after the death of Mathew Beard on 16 February 1985.

Retroactive to the time of her death, she was the first person known to have undisputedly reached the age of 115. 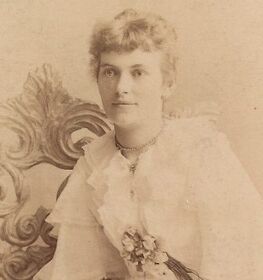 Holtz as a young woman 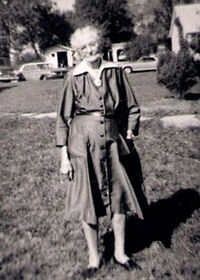 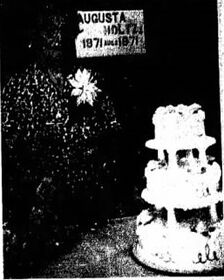 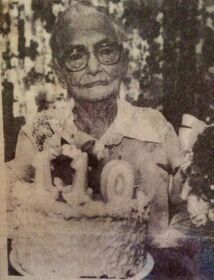 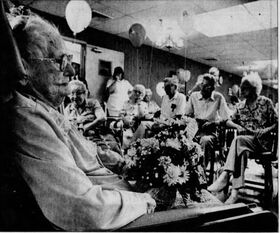 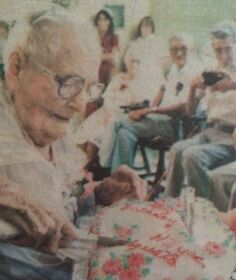 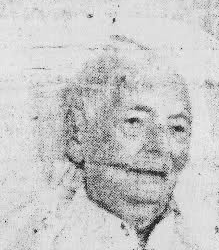