Bessie Camm (née Alderson; 20 June 1904 – 11 May 2018), formerly Bessie Canwood, was a British supercentenarian who was the oldest living person in the United Kingdom at the time of her death. Her age is validated by the Gerontology Research Group.

Camm was born on 20 June 1904 in Stockton-On-Tees, County Durham, England. She was the first child born to James and Harriet Alderson. She attended a Quaker school before qualifying as a nurse in 1926, working at the Montagu Hospital in Mexborough, South Yorkshire, England. She married Leonard Canwood shortly before the outbreak of the Second World War. During the war, she worked as a matron at Richmond Hospital, North Yorkshire.

For five years following the war, Camm worked as an industrial nurse at Parkgate Forge. At one point, she nursed William Hague, who would later become the Leader of the Opposition in the British Parliament. She married her second husband, John Camm, in 1949.

After her husband died in 1972, Camm lived in sheltered accommodation in Wath, West Yorkshire, for 30 years. She later moved to a nursing home in Rotherham, South Yorkshire. 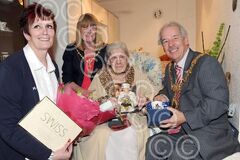 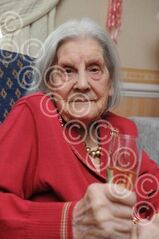 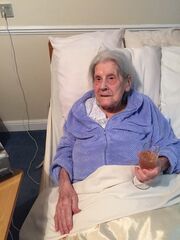 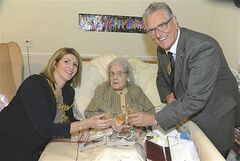