Baker died in Tecumseh, Nebraska, USA on 24 October 1955 at the age of 113 years 65 days. At the time of her death, she was the oldest verified living person in the world and also the second-oldest person ever. She was also, after Delina Filkins, the second validated person in history to reach the age of 113. Upon her death, Jennie Howell became the world's oldest person. 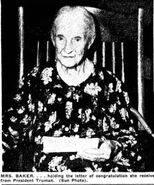 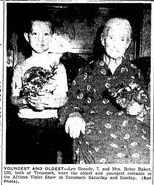 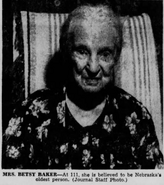