CP Crawford (25 August 1907 – 23 November 2019) was an American supercentenarian whose age is validated by the Gerontology Research Group (GRG).

CP Crawford was born in Jackson, Mississippi, USA, on 25 August 1907, to John and Mattie Crawford. His mother died when he was an infant and he only knew her from stories told by his family. Named after a traveling Southern preacher, CP was his actual name, not his initials.

Crawford was the youngest of his family, which included three brothers and two sisters. All siblings were separated after their mother died and were raised by aunts and uncles. He was not allowed to attend school, so as a young boy around the age of four, Crawford started working in in fields picking cotton, ploughing the fields of corn, and manning the gardens. Around the age of 13, he got his first job working at a cafe washing dishes.

After working at Southland Oil Refinery, Crawford went on to work at Illinois Central Railroad which brought him to Chicago. He was married three times and had six foster children, but never had any biological children. Prior to moving to an assisted living facility in September 2011, Crawford had been living alone.

On 25 August 2019, Crawford celebrated his 112th birthday. In September 2019, he participated in an open White Sox baseball game. He died in Lansing, Illinois, USA on 23 November 2019 at the age of 112 years, 90 days. Coincidentally, his death occurred on the same day as the USA's oldest living woman, Alelia Murphy. 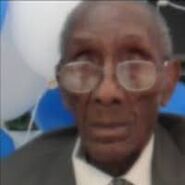 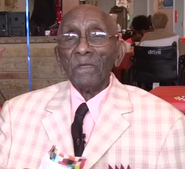