Catarina Carreiro Pascoal (9 January 1891 – 13 February 2004) was a validated Portuguese supercentenarian who was, at the age of 113 years, 35 days, the second-oldest living person in Portugal, behind Maria do Couto Maia-Lopes.

Catarina Carreiro was born in Penha Garcia, Idanha-a-Nova, Castelo Branco District, Portugal on 9 January 1891 to Jose Francisco and Augusta Carreiro. She had six brothers. Her mother died young, but her father, who was a mason and owner of a mill, lived until he was 105 years old. From a very young age Catarina helped her father to work at the mill. So she never went to school, nor was she literate.

She married the farmer António Pascoal Nabais in 1914 who was nicknamed "Grandfather", thus gaining the name by which he came to be known, "Ti Catrina d'Avó". The couple had 10 children; six of them were alive at Carreiro's 111th birthday in 2002. Her husband died in 1978.

On her 113th birthday it was reported that she had more fragile health, however she still walked on her own and maintained a great lucidity. She still remembered being trapped in Spain for smuggling when she was 60 years old, and when she was struck by lightning where Carreiro almost died. Catarina never saw the sea and the longest trip she took was to Castelo Branco. 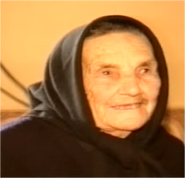