Charles Edward Graves (4 August 1888 – 26 June 1999) was an American supercentenarian whose age is currently unvalidated by the Gerontology Research Group (GRG).

Charles Edward Graves was born in Ellisville, Jones County, Mississippi, USA on 4 August 1888 to parents Marion Greene Graves and Ella Jane Poole Graves. At the age of 6, he started attending school, where his uncle, Woodward Graves, was the principal. He would walk the approximately mile-long distance to and from school every week day, accompanied by his brothers John and Bob, and sister Arista. They would cross Big Creek by walking across a log bridge. The class would use crayons and a slate to write, as they didn't have pencils or paper.  One of the books he read in class was called the "Blue Backed Speller". Growing up on a farm, Graves had to begin helping his family plant and harvest the crops from an early age. The farm would occasionally flood, including a time in 1897 where the crops were completely washed away. His father moved the family to the farm next door, where Edward Graves would live for the rest of his life.

He began working for Anchor Lumber Co. at the age of 18, working for them for 5 years. Afterwards, he began dairy and cotton farming. By his 106th birthday, he was still cattle farming. In 1908, he married Carrie Camilla Shows; the couple had five children (all sons), of which only one was still living by the time of Charles' 105th birthday.

His wife died in 1960 at the age of 72, leaving him a widow. A few years later, aged 78, Charles would remarry to a woman named Winnie Gunter, who was aged 63 at the time. The couple were married for 19 years until Winnie's death at the age of 82. He drove until he was aged 100, but was forced to quit due to his failing eyesight. Longevity was present in his family: his older brother, John, died in 1985 at the age of 103. Charles Graves died of heart failure on 26 June 1999 in South Central Regional Medical Center in Ellisville, Jones County, Mississippi, USA, at the age of 110 years, 326 days. He was survived by his son, Paul, as well as 13 grandchildren, 42 great-grandchildren, and 52 great-great grandchildren, of which almost all lived in Jones County.

Undated, pictured with his first wife. 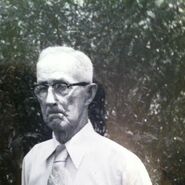 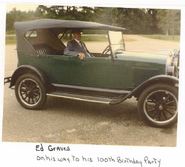 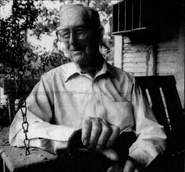 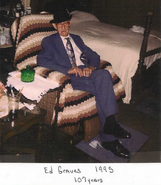