Watanabe was born in the Urakawahara suburb of Joetsu, Niigata, Japan on 5 March 1907. He was the first of eight children born to Haruzo and Miya Watanabe, who were farmers. After graduating from an agricultural high school, Watanabe worked for Dai-Nippon Meiji Sugar and moved to Taiwan to help conclude sugar cane plantation contracts there.

During his 18 years in Taiwan, Watanabe married his wife, Mitsue, and four out of their five children were born there. He also served in the military towards the end of the Pacific War in 1944. He returned to Niigata after the war and worked for a departure agency.

In 1974, Watanabe and his son Tetsuo built a new family home, which had about a hectare worth of farm next to it. He also worked on his bonsai until he was set to live in a nursing home. He also presented his work at local exhibitions until 2007.

After retiring, Watanabe lived with one of his son's family until the age of 108, when he moved to a care facility in Joetsu, Niigata, Japan. As of 2019, he had 12 grandchildren and 16 great-grandchildren. In January 2019, in an interview for a local newspapers, he said that the secret to his longevity was to "not to get angry and keep a smile on your face".

Following Nonaka's death, Watanabe became the oldest living man whose age has been validated by the Gerontology Research Group. However, at the time there were other claimants to the world's oldest man title, such as Gustav Gerneth, Domingo Villa Avisencio, and Tomas Pinales Figuereo (all of whom are now deceased), whose ages have not been validated.

On 12 February 2020, Watanabe was officially recognised as the world's oldest man by Guinness World Records. He died eleven days later on 23 February 2020, at the age of 112 years, 355 days.

Watanabe is currently the oldest validated man ever from Niigata Prefecture and the fifth-oldest validated Japanese man ever, behind Jiroemon Kimura, Yukichi Chuganji, Tomoji Tanabe, and Masazo Nonaka. 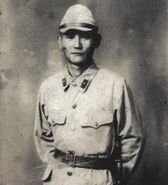 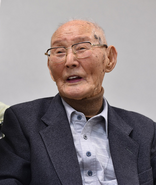