One of her second-cousins, Antonio Ardon Soto (1888–1998), was also a supercentenarian, becoming the first known Costa Rican ever to reach the age of 110. They were related by a shared set of great-grandparents: Bernardo Soto Herrera (1791–1856) and Maria Josefa Quesada Gonzalez (1794–1878).

In 1931, she paraded on the 100th anniversary of the birth of the Costa Rican national hero, Juan Santamaria. Soto Saborio married Guido Castro Steinvorth. At the age of 106, she said: "I had a good life, I can't complain, and I hope to continue living many more years." She celebrated her 110th birthday in November 2019.

Soto Saborio died in Alajuela, Alajuela Province, Costa Rica on on 10 December 2020 at the age of 111 years, 37 days. At the time of her death, she was the oldest known living person in Costa Rica.

Soto Saborio in 1931 (middle woman), on the parade for the 100th anniversary of the birth of the Costa Rican national hero, Juan Santamaria. 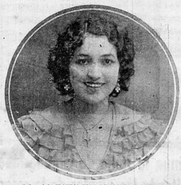 Soto Saborio at the age of 104, with her nephew, Luis Diego Castro. 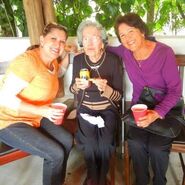 Soto Saborio on 105th birthday, with her nieces, Olga and Adelita Castro Gutierrez.