Delio Venturotti was born in Calto in the province of Rovigo, Veneto, Italy, on 25 October 1909. His parents were Luiz Venturotti and Joana Arrivabeni-Venturotti. His family left Italy after his father, who was a reservist, heard from a lieutenant of the Italian Armed Forces that there would soon be a big war in Europe.

At the age of three, with his parents and two sisters, Venturotti boarded a ship to Brazil, where they arrived after 18 days at sea. His father lived in Brazil for ten years as a teenager, but returned to Italy. Upon arrival to Rio de Janeiro, they took another ship to Espirito Santo, where he worked on plantations.

There was no school in that area, so the family moved to Colatina, Espirito Santo. Venturotti and his sisters attended school for one year, but their father said that, as they already knew how to read and write, it was enough for them to be farmers. Venturotti’s mother died when he was 15 years old. He said that his mother mistook arsenic for wheat when making a cake, and she got poisoned.

After the death of his mother, Venturotti’s father remarried with a woman named Francisca and had three daughters (two of whom died in infancy and Zilda (aged 94 in May 2022). After Francisca's death, his father married Josefina Ribeiro, but they had no children.

Later, Venturotti started working as a driver. From the 1940s until his retirement, he worked at a fabric store in Espirito Santo. On 15 March 1946, he married Dulcina Gama Venturotti (born 8 November 1921)‬, who is still alive in June 2022 at the age of 100. They had four children, including Maria Dulce Venturotti Collaress (aged 68 in 2017) and Delio Venturotti Filho. After 53 years in Espirito Santo, the Venturottis moved to Sao Paulo. Delio and Dulcina lived for 29 years in Sao Paulo, until they moved to Florianopolis in the Brazilian state of Santa Catarina.

He was a maternal relative of Silvana Rizzioli, who was a candidate for the Senate in the 2018 Italian parliamentary elections.

He became the oldest known (documented) living man in Brazil, following the death of 112-year-old Joao Zanol on 12 February 2020, but there are older claims.

On 16 April 2022, he surpassed the age of Giovanni Frau, becoming the second-oldest known Italian-born man ever.

He became the last known Italian-born person born in the 1900s decade, following the death of Catherine Abate on 7 May 2022.

At the age of 112, he was still able to walk. In May 2022, he was hospitalized for heart oxygenation problems. 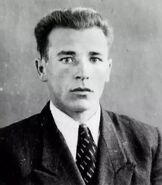 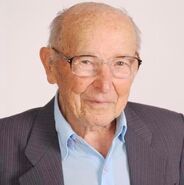 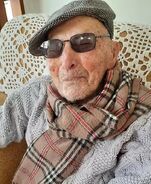