Djafar Behbahanian (14 December 1902? – 30 June 2018) was an Iranian-Swiss longevity claimant. If his claim were validated, he would be the third-oldest man ever, after Jiroemon Kimura and Christian Mortensen. However, that has not occurred.

Djafar claimed to have been born in Khorramshahr, Qajar dynasty (now Iran) on 14 December 1902. His mother died when he was 4 years old. A few years later, his father, a merchant, sent him to Beirut, Lebanon, where he begins to study economics at the American University. He loved football and basketball and, as he claimed, was a good tennis player. He was not allowed to finish his studies. Instead, he had to return to Iran prematurely; his father had no money left after his merchant ship was lost. He continued with his career and became a financial administrator.

As a representative of the last Iranian Shah, Mohammad Reza Pahlavi, he traveled all over the world and also came to Basel, Switzerland. In 1960s, he meet his second wife, Doris, 36 years younger than him. In 1978, he was forced to leave Iran because of the Islamic revolution. Even as centenarian, he traveled with his wife. In 2012, he traveled on with cruise on the Rhine, visited London, Hamburg and Berlin. The children from the first marriage and their descendants live all over the world. 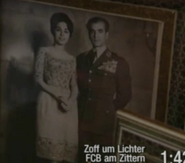 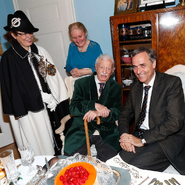 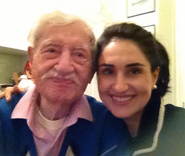