Dorothy M. Brown (née Corcoran; 1 May 1907 – 26 November 2019) was an American supercentenarian whose age is validated by the Gerontology Research Group (GRG).

Brown was born on 1 May 1907 in Brooklyn, New York, USA. She was one of nine children born to Michael and Nellie Corcoran, and all of her grandparents were Irish emigrants to New York. After graduating from high school, Brown worked as a clerk for Metropolitan Life Insurance for two years.

Brown met her future husband, Daniel Francis Brown, at a house party in Brooklyn. He proposed and took a job in Florida as a police officer with the Miami Police Department. The couple briefly lived in Miami, where they got married on 16 June 1926, before moving back to Brooklyn when Daniel got a job with the New York Police Department. The couple had three children together.

After her children were grown up, Brown worked for Rogers Peet clothing store in Manhattan, New York, until 1974. She then worked for luxury goods store Alfred Dunhill at New York's Rockefeller Center, where her clients included celebrities such as Tony Randall, Walter Cronkite, Jack Lemmon, and Carol Channing.

After retiring from Alfred Dunhill in her 70s, Brown volunteered as director of travel for the Senior Club at St. Athanasius Roman Catholic Church in Bensonhurst, Brooklyn. After stepping down from that role at the age of 91, she joined the Volunteer Services Department at Beth Israel Hospital in Manhattan. She crocheted blankets for premature babies and delivered yarn to her home-bound friends.

Brown lived in her own apartment in Brooklyn until she was 101, when she moved into an assisted living facility nearby. In February 2019, at the age of 111, she moved to a nursing home in Framingham, Massachusetts, so that she could be closer to her family. On 26 2019, she was awarded the Boston Post Cane, which commemorates the oldest living resident in a town. 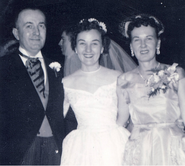 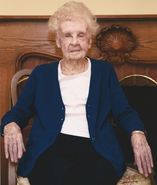