Emilio Flores Marquez [Spanish: Márquez] (8 August 1908 – 12 August 2021) was a Puerto Rican supercentenarian who was recognized as the world's oldest living man by the Guinness World Records following the death of Bob Weighton on 28 May 2020 until his death.

Emilio Flores Marquez was born in Carolina, Puerto Rico on 8 August 1908, to parents Alberto Flores and Margarita Marquez. The second-oldest of eleven children, at age 104 he could still easily recall the names of nine of his siblings (his oldest sister Maria died as a child): Angelina, Mercedes, Aurora, Joaquina, Cecilia, Rosa, Lino, Miguel and Jose.

He attended school for three years and learned how to read and write, before his father thought it was enough and employed him on the family's sugarcane farm, where he helped his father water the compost. He wanted to study, as he enjoyed subjects like math, reading, writing, singing and politics. He also transported the sugarcane in wagons, earning $1.12 a day. As the first-born child in his family, he also was responsible for doing many of the household chores and taking care of his 9 younger siblings. In 1935, He married Andrea Pérez De Flores (1918–2010), with whom he had four children, Hilda Luz, Olga Soraida, Emilio, and Tirsa. To support his family, he worked in the state of New Jersey, where a portion of his family still lives today. The couple were married for over 75 years before her death in 2010 at the age of 92. Two of his children, Hilda and Olga, were deceased as of 2013.

When asked for his secret to his longevity, he responded "My dad raised me with love, and taught me to love everyone. He always told me and my brothers and sisters to do good, to share everything with others. Besides, Christ lives in me!"

He lived with his children Tirsa and Emilio in Trujillo Alto, Puerto Rico for the last years of his life. At the age of 103, he overcame surgery to implant a pacemaker, and at 108, he survived an intestinal obstruction.

In June 2021, when recognized as the oldest living man, Emilio Flores Marquez had five grandchildren and five great-grandchildren. 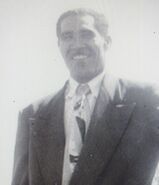 Flores Marquez with his son Emilio Jr likely sometime in the 1940's.

Flores Marquez and his wife (undated). 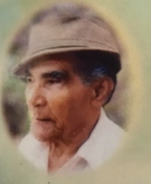 Flores Marquez and his wife (undated). 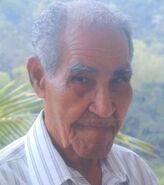 Flores Marquez in an undated photo.

Flores Marqueze in an undated photo.