Eunice Sanborn was born in Louisiana, a daughter of Augustus and Varina Lyons, on 20 July 1896. It was claimed that she was born in 1895. The "1896" year comes from census records. She was married thrice. She had a daughter, Dorothy, with her first husband, Joe Orchin. Dorothy died in 2005, at the age of 89. Eunice Sanborn was the part-founder of Love's Lookout. Following the death of Neva Morris died on 6 April 2010, Sanborn became the oldest validated living person in the United States. Eunice Sanborn died in Texas in 31 January 2011, at the age of 114 years, 195 days.

Sanborn has been recognized as the oldest validated person from the state of Louisiana. 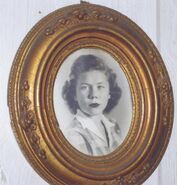