Geertje Roelinga-de Groot (29 June 1887 – 14 August 1997) was a Dutch supercentenarian whose age is officialy validated. She was the oldest living person in The Netherlands at the time of her death.

Geertje Roelinga-de Groot was born in the village of Wijnjeterp in the province of Friesland, The Netherlands on 29 June 1887. She was the oldest child in a family of five daughters. She married twice and got eight children. She moved to retirement home Huize Mariënbosch in 1977, where she would live another twenty years before her death.

Between age 100 and 105, she was said to be in good health, despite being deaf and problems with walking. At age 105, she was also blind but after an eye surgery, she got her sight back and was able to knit and read newspapers again. At the age of almost 110 years, it was reported that only her 70-year-old son Gauke and 68-year-old daughter Akke were still alive and that Geertje was still in relatively good health but not able to walk on her own anymore.

Geertje Roelinga-de Groot herself died in the town of Heerenveen, The Netherlands, on 14 August 1997, at the age of 110 years, 46 days. 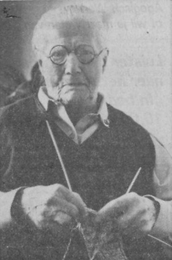 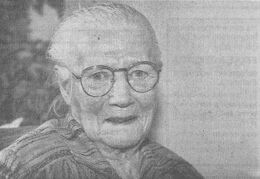 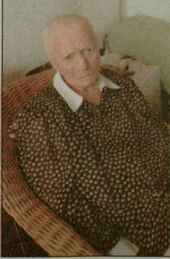