Gerardus Philippus "Gerard" Helders (9 March 1905 – 6 January 2013) was a Dutch politician and centenarian who was the oldest known living man in the Netherlands at the time of his death.

Helders was born in Rotterdam in 1905. He studied civil law at Leiden University from 1925 to 1929. Helders became part of the city council in Bandung and Batavia in the Dutch East Indies (now Indonesia). Helders was a prisoner of war from 1942 to 1945, as the colony was under Japanese control at the time. Helders returned to the Netherlands, and became the Minister of Colonial Affairs in 1957. From 1959 to 1975, he was a member of the Council of State. 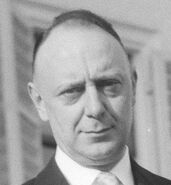