Grace Thaxton was born in Rockland, New York on 18 June 1891 as the only child of Peter Menges and Harriet Menges (née Hardenburgh). She married Andrew Jackson Thaxton in 1914. They had one son, Robert, who was born in 1915. Her husband died in 1959.

She was the oldest person in Kentucky, the fourth-oldest person in the U.S. and the seventh-oldest documented person in the world at the time of her death. She also became New York state's all-time recordholder on 28 May 2005, aged 113 years, 344 days, breaking the record set by Mae Harrington in December 2002.[1] 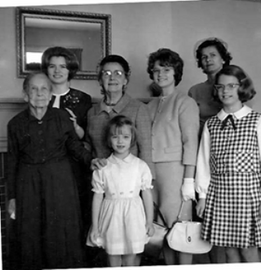 Grace (in the middle with the glasses and the hat), her mother (left) and other relatives 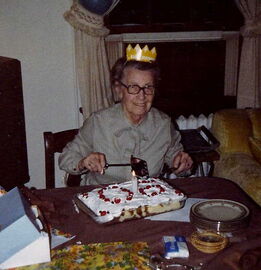 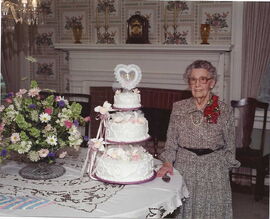 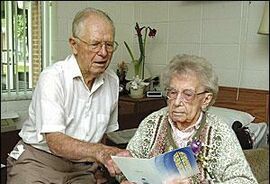 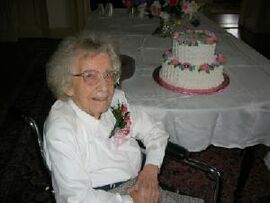 Grace Thaxton on her 114th birthday with Robert Young