Helen Obermayer (20 January 1879 – 20 November 1991) was a Hungarian-American supercentenarian whose age is currently unvalidated by the Gerontology Research Group (GRG). At the time of her death, she was the oldest Hungarian-born person ever.

Helen Obermayer was born as Ilona Barczal [Hungarian: Barczal Ilona] in the mountainous village of Bakonybél, Austria-Hungary, present-day Hungary. She completed high school, which was a big accomplishment for a Hungarian woman back then. She met Vincent Obermayer [Obermáyer Vincze] at a dance party, and married him in 1898.

They emigrated to the United States in 1900, although they didn't want to live their whole life there, just earn enough money to buy property in Hungary. After Helen was sent back with the money, she wrote to her husband that she loved America and she wanted to move there. So they bought a 89 acres farm near Aurora, Ohio. They raised five sons and three daughters there. Vincent worked in a factory in Cleveland.

After her husband died in 1932, Helen continued an active life, filled with family, church activites, dances. She has also traveled to Canada and Europe.

She rarely spoke English when she was older. In her centenarian years, her body was frail and she was confined to a wheelchair, but she was said to have a young spirit thanks to music and singing. At the age of 108, she moved to Florida with her youngest daughter. At that time, she had 11 grandchildren, 7 great-grandchildren and 6 great-great-grandchildren. Her first-born son Joseph [József] was almost 93 when Helen died, and lived to be 97. 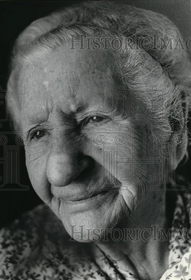 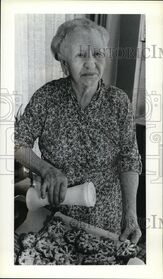 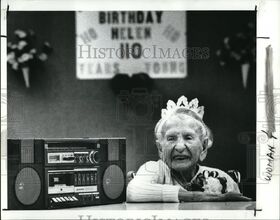