Herman Smith-Johannsen (15 June 1875 – 5 January 1987) known also as "Jackrabbit", was a verified Norwegian-Canadian supercentenarian who gained widespread recognition for being one of the first people to introduce the sport of cross-country skiing to Canada and North America. He is recognized by certain groups within the cross-country skiing community in Canada for the many contributions he made to the sport and for his personal longevity.[1]

Johannsen was born in the town of Horten, some 50 miles south of Norway's capital Oslo, and graduated with an engineering degree from the University of Berlin in 1899. He emigrated to the USA as a machinery salesman shortly thereafter. In 1907, Johannsen emigrated to Canada with his family and settled in the Laurentians in the predominantly French-speaking province of Quebec. Johannsen learned French and further introduced skiing to the area.

While on a trip to Canada to sell machinery to the Canadian Grand Trunk Railway in 1902, Johannsen was befriended by the First Nations Cree in the wilderness above North Bay, Ontario. The nickname "Jackrabbit" is said to have been given to him by the Cree, who were impressed by his speed on skis compared to the snowshoes they were using at the time.

Johannsen married Alice Robinson (1882–1963) in 1907 and settled permanently in the Laurentians region of Quebec in Canada during the Great Depression. They had 3 children; Alice (1911–1992), Robert "Bob" (1915–2001) and Peggy (1918–2014). He is credited with building many ski jumps and with blazing trails throughout Ontario, theEastern Townships, and the Laurentians. On 22 December 1972, Johannsen was appointed as a Member of the Order of Canada for fostering and developing skiing as a recreation and helping and encouraging generations of skiers in Canada.[2]

He was an honorary member of the Norwegian skiing and gentlemen's club SK Ull. Jackrabbit died from pneumonia on 5 January 1987 at the age of 111 years, 204 days in a hospital near Tønsberg, Norway. He has been posthumously recognised as the oldest living man for the last month of his life. He is buried by the St. Sauveur church in St. Sauveur, Canada, next to his wife, who died in 1963.[3] 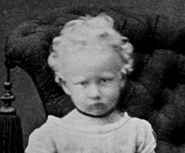 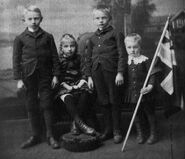 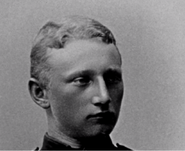 Aged 43, with his wife and his three children 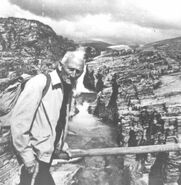