Marquez de Ramirez was born in Salamina, Caldas, Colombia to Rafael Marquez Restrepo and Rosaura Mejia de Marquez. When she was very young, her family moved to Armenia, Quindio Department. She married a man with the last name Ramírez (her husband had the same surname of her sister's husband).

Her sister, Ana Sara Marquez de Ramirez (25 July 1904 – 27 August 2016) was a Colombian supercentenarian who was the nation's third-oldest validated person on record, after Carmen Jaramillo Chavarria and Juana Aritama. Ines Cecilia and Ana Sara were the oldest living siblings in Colombia until Ana Sara died. 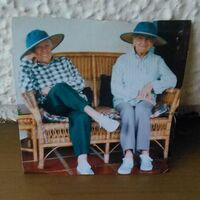 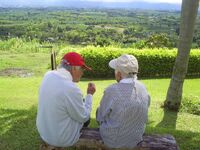