Irena Martial [French: Iréna Martial] (née Meri [French: Méri]; born 28 June 1909) is a French supercentenarian from the overseas department of Guadeloupe whose age is currently unvalidated by the Gerontology Research Group (GRG). She may be the oldest known living person in Guadeloupe.

Martial was born in Pliane, Le Gosier, Guadeloupe, France, on 28 June 1909. At the age of 23, she married Eloi Martial after three years together. The couple had 10 children, six of whom are still alive as of July 2019. In December 2015, with other centenarians of the commune of Le Gosier (including her sister Leone Beziat), she was given a Christmas basket. 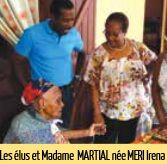 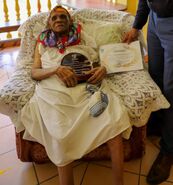