Irene Sinclair (23 September 1908 – 8 January 2020) was a Guyanese-British supercentenarian whose age is currently unvaliated by the Gerontology Research Group (GRG).

Irene Sinclair was born in Guyana in 1908 as the fourth of five children. Her father was Donald Charles Sinclair (1880–1952). She was born into an upper-class family and in her youth enjoyed frequenting local concerts and Sunday School dances. Followed her daughter and son-in-law, she emigrated to England in 1957 at the age of 49 - settling in Hackney, London in the 1970s.

In 2005, at the age of 96, she rose to prominence when she was featured as a Dove model in the "Dove Campaign for Real Beauty." She had celebrated every birthday since her 100th at the Auld Shillelagh Pub in Stoke Newington.

Undated, with her family

Undated, with her sister 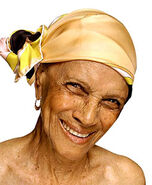 Undated, with her daughter and granddaughter 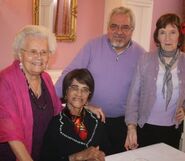 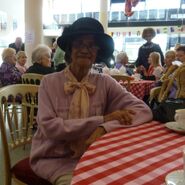