James Alfred Harrow Jr. (21 November 1866 – 14 December 1976) was a British supercentenarian who was the oldest living person in the United Kingdom at the time of his death. His age is validated by Oldest in Britain, but is currently unvalidated by the Gerontology Research Group (GRG).

Harrow was born in Marylebone, London, England on 21 November 1866. His parents were James Sr. and Eliza (née Smith) Harrow. He had at least two siblings, named Henry and Rosa.

On 22 December 1892, Harrow married Minnie Zilpha in Christchurch, New Zealand, where he lived for most of his life. He also travelled to places such as San Francisco, New York, Seattle, Wellington, Southampton and Sydney. He returned to the UK when he was 99 so he could live with his daughter. He died in Basingstoke, England on 14 December 1976 at the age of 110 years, 23 days.

Harrow became the oldest living man in the United Kingdom following the death of 110-year-old Frederick Butterfield on 8 March 1974. Two weeks before his death, Harrow surpassed Butterfield's age to become the second-oldest British man of all-time, after John Mosley Turner. 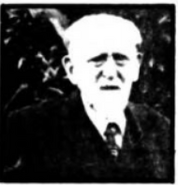 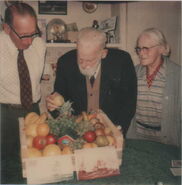 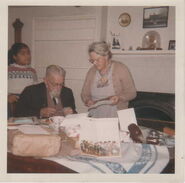