Benjie Jane Archer was born to William and Anna (Thomas) Archer on 28 April 1911 in Fiddle Lake, Susquehanna County, Pennsylvania, USA. She had an older brother, Theodore and a younger sister, Mildred. Jane’s first job included taking care of children and an elderly woman. When she was 21 years old she got a job at an area factory.

In November 1933, when Jane was 22, she married Earl Alger and they lived in Johnson City, NY. In 1944 she moved to Waymart, Pennsylvania. She was a sewing machine operator and a member of the First Baptist Church. Jane also loves to play with children and travel. While with the Baptist church, Jane was a member of the mission committee. She also taught Sunday School. Jane also worked at the Katz Factory for 26 years.

In 1976 she married Emerson Carpenter and they lived in Binghamton. Emerson Carpenter was the husband of her best friend, who died. It was her friends wish that if she died first, Jane would raise her children and it's exactly what happened. In 2006 when she was 95 years old, Jane moved back to Pennsylvania. When asked what the secret to living long is, Jane smiled and said, “working and being with kids.”

Carpenter currently lives at Wayne Woodlands Manor in Waymart, Pennsylvania, USA, at the age of 110 years, 271 days. She currently is the third-oldest known living person in Pennsylvania, behind Lenara Carey and Naomi Whitehead. 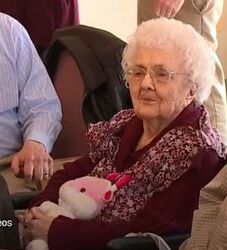 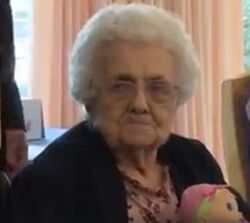 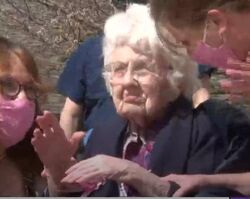