Jeanne Bot (14 January 1905 – 22 May 2021) was a French supercentenarian who was the second-oldest known living person in both France and Europe, behind fellow Frenchwoman Lucile Randon at the time of her death. She was also the fourth-oldest living person in the world whose age has been validated by the Gerontology Research Group (GRG), after Kane Tanaka, Lucile Randon, and Francisca Celsa dos Santos.

Jeanne Bot was born on 14 January 1905 in the military barracks in Mont-Louis, Occitanie region, France, where her father was a soldier, she was one of five children. She spent 50 years working as a bookkeeper in a car garage in Perpignan, Pyrenees-Orientales, France. She never married or had children.

Two months before her 100th birthday in 2005, Bot underwent a hip surgery which permitted her to walk until she was 112.

Bot lived in her own apartment in Perpignan, Occitanie, France. Her hearing was poor, but she was still able to watch television. She received care from her nephew, a nurse, and a physiotherapist. At the time of her 112th birthday in 2017, Bot reportedly had no major health problems, and was able to move with her walker between her bedroom and her living room. However, by her 114th birthday in 2019, her health had reportedly deteriorated.

On her 116th birthday in 2021, she was reportedly deaf and too tired to read, making communication near impossible. She also had reportedly became frailer, needing a nurse to make meals and clean her apartment.

Before her death, Bot began to become weaker by the day and she reportedly stopped wanting to eat. Bot died on the night of May 21st and May 22nd 2021, but died on the 22nd.

Following the death of Shin Matsushita on 27 August 2019, Bot was originally believed to have become the world's third-oldest validated living person. However, the subsequent validation of Brazil’s Francisca Celsa dos Santos on 9 July 2020 meant that Bot was the fourth-oldest in the world. 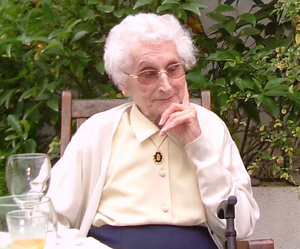 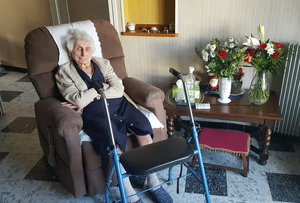 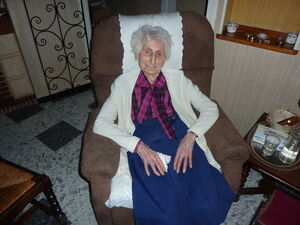