Jeanne Louise Calment was born at 7:00 AM on 21 February 1875 in Arles, France. Her close family members also lived to an advanced age: her brother, Francois, lived to the age of 97, her father, Nicolas, 92, and her mother, Marguerite, 86.

In 1896, she married her second cousin (grandson of her great-uncle) Fernand Calment, a wealthy store owner. His wealth made it possible for Calment to never have to work; instead she led a relaxed lifestyle, pursuing hobbies like tennis, cycling, swimming, rollerskating, piano and opera. Her husband died in 1942 after eating a dessert that happened to contain spoiled cherries.

Jeanne and her husband had a daughter, Yvonne (19 January 1898 – 19 January 1934), who died from pneumonia on her 36th birthday. Jeanne outlived her grandson Frederic as well. Frederic Billot (23 December 1926 – 13 August 1963), Yvonne's son, died in an automobile accident. Calment was very healthy for her age.

At the age of 100, Calment suffered a fall which broke her ankle, but Calment to learn to walk again and continued living independantly. She lived on her own until two weeks before her 110th birthday in 1984. But after a small fire set in her house one day, she reluctantly moved to a nursing home.

Neuropsychologist Karen Ritchie tested Calment for incipient dementia over a number of years, she found that Calment not only didn't suffer from dementia but saw her cognitive abilities improve through the testing.

Following her 122nd birthday, it was announced that Calment would no longer make any public appearances. Calment died on 4 August 1997 in Arles, Provence-Alpes-Cote d'Azur, France at the age of 122 years, 164 days.

Jeanne Calment was first publically recognized for her longevity when she was 113 years old. She reported that she had seen Vincent van Gogh (who died in 1890) when she was 13 years old. This claim made her appear in the 1990 movie Vincent and Me, where she played herself, and became the oldest person ever to appear in a film.

After the death of Florence Knapp on 11 January 1988, she became the world's oldest verified living person and she became the oldest verified person ever after surpassing the record of Augusta Holtz on 11 May 1990. However, Carrie C. White claimed to have been older than Calment, but her original claim to 116 is disputed, and she may have been 102 years old instead. On 17 October 1995, she surpassed the at-the-time verified age of Shigechiyo Izumi to become the oldest person ever at 120 years, 238 days old. However, Izumi's claim is now disputed. 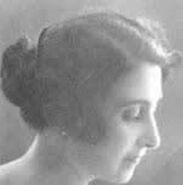 Calment in her 50s (right) with daughter, Yvonne (left). 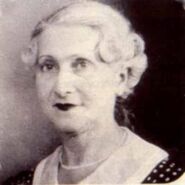 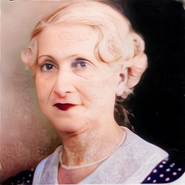 Calment at the age of 60

Calment at the age of 113, while visited by the first time by Guinness World Records. 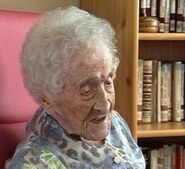 Calment at the age of 120, one day after being recognized by GWR as the oldest person ever in 1995.

Calment at a French film shooting the day before her 122nd birthday in 1997.