Jeno Jenovai [Hungarian: Jenovai Jenő] (17 September 1893 – fl. 17 August 2000) was a Serbian-Hungarian centenarian. At the time of his death, he was the oldest living male in Hungary and perhaps the country’s oldest living person as well.

Jenő Jenovai was born in Fehértemplom, Austria-Hungary (present-day Bela Crkva, Serbia) on 17 September 1893. His grandfather lived to be 92 and his father lived to be 85. He was one of six siblings. He had a troublesome father, who eventually emigrated to the United States, but returned to Hungary years later.

In the absence of the father, the family moved a lot across the country. Jenő got a locksmith qualification at age 18. During WWI, he made grenades 12 hours a day in a factory in Diósgyőr (present-day Miskolc). There, he also met his future wife, Gizella. They got married in 1917 and had at least one daughter.

Jenő participated in the 1919 Hungarian–Czechoslovak War. As a consequence of the war, he suffered from several illnesses such as tuberculosis. As a cure, he took up vegetarianism as advised by a naturopath. Due to his diet, he saved at least 100 animals from being killed during his life according to his estimations.

In 1925, Jenő and his family moved to Budapest. There, he worked for 42 years as a mechanic and repairman first at the Piarist friary, and after the communist takeover at the Eötvös Lóránd University. He retired at age 75. At age 106, he was still living in a ground-floor flat of the university and ate at the canteen of the institution.

Jenő lived a very active life. As a nonagenarian, he gave talks about his lifestyle. He had a very rigid morning routine as a centenarian. After getting up, he fed the pigeons in his garden, ate walnut with honey and did exercises consisting of yoga, push-ups and hanging on steady rings. Besides his hearing loss, he had no health issues at all. At age 100, Jenő had eight great-grandchildren and was visited by his daughter weekly.

Jenő Jenovai became the oldest living male in Hungary upon Zsigmond Kun’s death on 2 January 2000. He was last reported to be alive on 17 August 2000, when he was aged 106 years, 335 days. If he lived until after Jozsefne Szucs’s death on 17 December 2000, he may have also been the oldest living person in the country. 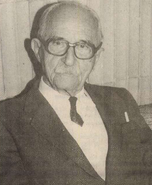 Jenő Jenovai at one of his talks aged 99. 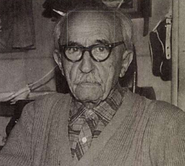