Joergen Rustad (12 August 1900 – 18 April 2010) was a Norwegian centenarian who was the oldest known living man in Norway at the time of his death.

Jørgen Bernhard Rustad was born in Ringsaker, Hedmark, Østlandet, Norway to parents Johannes Johannessen Rustad (1870–1957) and Berthe Olsdatter Rustad (1866–1909), five years before Norway won its sovereignty from Sweden and its monarchy was re-established. His siblings were Olga, Gunda, Johannes, Karl (1898–2000), Ole, August, and Karen. His mother died of tuberculosis when he was aged just nine.

Aged 18 at the conclusion of the first World War, he later served as an active resistance fighter in World War II. After the War, he worked as a prison guard for several decades. He married Magnhild Rustad (1901–1978), having one daughter Bjørg Rustad (1924–2016).

Rustad remained in good health into his final years, keeping active even as a centenarian. Similarly to Herman Smith-Johannsen, he was an avid cross country skier, a hobby he continued until he was 104. He was passionate about storytelling and making people laugh, which led to him performing as a stand up comedian at the age of 106. On his final birthday, he told journalists that his legs were still strong, but that his failing eyesight prevented him from being independent.

When asked for his secret to living a long life, he explained that "one should not go and hang his head. That's the dumbest thing to do. I always am in a good mood, and if I get a little sad I always think back on good things." He also recommended eating roquefort with breakfast and drinking red wine with dinner. His brother, Karl Rustad (1898–2000) died at the age of 101.

Joergen Rustad died in Gjøvik, Oppland, (Innlandet), Østlandet, Norway on 18 April 2010 at the age of 109 years, 249 days, less than 4 months shy of what would have been his 110th birthday, surrounded by friends and family. He was survived by his 85-year-old daughter, as well as several grandchildren, great-grandchildren, and great-great grandchildren. He was the oldest living man in Norway following the death of Alfred Ihlen in 2006, and would hold the title for over 4 years. In addition, he was the third-oldest living person in Norway overall, after Gudrun Omdahl Onshuus and Ingeborg Mestad, who would both die less than two months later. He was one of the last surviving European men born in the 19th century.

Aged 106, performing as a stand-up comedian 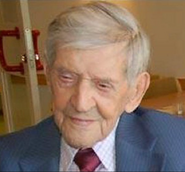