John Mosley Turner (15 June 1856 – 21 March 1968) was a British supercentenarian who was the oldest validated living person in the world for the final two years of his life.

Turner was born in Mitcham, South London, England, UK on 15 June 1856. He attended school for just 2 weeks, before he began working as a carpenter's apprentice. He later worked as a silk print cutter for several decades before failing eyesight forced him into retirement at the age of 73. On his 108th birthday in 1964, he told reporters that he had no secret for his extreme longevity, stating "I am just an ordinary man who has lived an extraordinary time". He said that he would have liked to grow up in the 1960s, as he felt that modern youth had more fun, while his childhood was spent doing hard work with little time for play. He never smoked, and following a drunken night out in London as a young man, he swore never to drink alcohol again, and remained a teetotaler for the rest of his life. On the occasion of his 111th birthday in 1967, he stated his ambition of reaching his 112th birthday in 1968.

Turner died in Tottenham, London, England on 21 March 1968 at the age of 111 years, 280 days. At the time, he was the oldest validated living person; however, he might have been the second oldest living person in the world at the time of his death, if the currently unverified case Narcissa Rickman is true. He was the first British person to reach the age of 111, and was the oldest British man ever for over 20 years, before his age was surpassed by Welshman John Evans. His son died in 2005 at the age of 100. 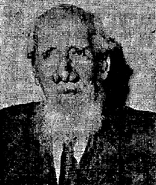 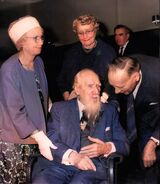