Jorge Duran Coral was born in Panaba, Yucatan, Mexico, on 23 April 1909. Born to indigenous ancestry, he was fluent in both Spanish and Mayan. His parents were Modesto Duran Chan and Carlota Coral Celis. He never knew his father (who died in 1910) and his mother died when he was six, leaving him orphaned. He moved to live in San Felipe with the woman known as "Dona Nica" and was later cared for by his uncles. He said he remembered going to the bakery where customers asked him to sing "La cucaracha" and other songs of that time, in exchange for bread, sugar and coffee. At the age of 12, he started going to school. He worked as a cowboy on a ranch between the ages of 12 and 17. At the age of 17, he moved to Telchac Puerto, Yucatan. Firstly, he worked as a cowboy, and then on the loading and transporting of bales of thread. Later, he returned to San Felipe and found work as a sailor.

At the age of 24, he married Maria Candida Marrufo Perera, with whom he had three children named Reynaldo, Jorge, and Augustina. His first wife died when he was 36 years old. Later, he remarried with Benita Dzul, with whom he had six children named Lazaro, Modesto, Ofelia, Miguel, Luis, and Pedro. He is known as "Don Chep", a nickname which he earned in 1914, when a barber accidentally cut his ear at the age of 5. Upon learning of this event, his friends began calling him "chep" or "chepe", derived from a Mayan word in reference to his bad haircut.

There was a history of longevity in his family. His two older brothers, Feliciano (1899–1997), and Cecilio (1903–2001) lived to the ages 98 and 97 respectively. He also claimed that a grandmother became a centenarian.

He became the oldest known living man in Yucatan state following the death of 110-year-old Filiberto Puc on 21 January 2018.

He became the oldest known living man in Mexico following the death of 113-year-old Domingo Villa Avisencio on 3 November 2019.

He became the oldest known living person in Mexico upon the death of 113-year-old Antonia Valderrama Ocampo on 9 June 2020.

On 22 March 2021 at the age of 111, he received the COVID-19 vaccine, making him one of the oldest known people to receive the vaccine.

Duran Coral died in San Felipe, Yucatan, Mexico, on 21 July 2021 at the age of 112 years, 90 days. At the time of his death, all but one of his children were still living. His first two children, Reynaldo, and Agustina, were alive at the ages of 88 and 86.

At the time of his death, he was the fourth-oldest known living man in the world, behind Emilio Flores Marquez, Saturnino de la Fuente Garcia, and Jules Theobald. 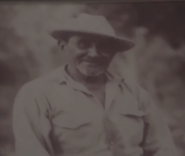 As a middle aged man

As an elderly man 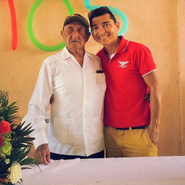 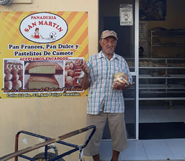 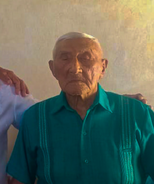