She married Hector Jara Rodriguez in Federal District of Mexico (now Mexico City) on 31 January 1931. She moved to the United States in 1940. She got widowed in 1982.

Snyder-Jara died in Ahwatukee, Phoenix, Arizona, USA on 4 December 2019 at the age of 110 years, 237 days. At the time of her death, she was the second-oldest known living person in Arizona, behind Bessie Simmons-Scott. 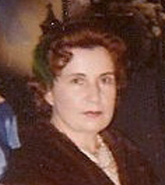 Aged 107, with her grandson David Jara