Juan Vicente Perez Mora [Spanish: Pérez] (born 27 May 1909) is a Venezuelan supercentenarian who is recognized by Guinness World Records as being the oldest validated living man in the world since the death of Saturnino de la Fuente Garcia of Spain on 18 January 2022. He is also the oldest validated person ever from Venezuela, as well as the only validated supercentenarian from his country.

Juan Vicente Perez Mora was born in El Cobre, Tachira, Venezuela, on 27 May 1909. His parents were Euquitio Perez and Edelmira Mora. In 1913, his family moved to Caserio Caricuena, San Jose de Bolivar, where they bought a farm. At the age of 4, he already had eight brothers. While growing up, Perez Mora worked on the farm with his father and brothers. At the age of 10, he began to study, but only for a month since his teacher became ill. He learned to read and write from a book that the teacher gave him. His brother, Miguel, lived in the nearby village of Los Paujiles, and Perez Mora started working for him. There he met Ediofina Garcia and married her in San Jose de Bolivar in 1938. After marriage, they moved to the village of Los Paujiles in the municipality of Francisco de Miranda, Tachira, where their first son was born. In next years he saved enough money and bought a farm in Caserio Caricuena, where the rest of his children were born. The couple had six sons and five daughters.

In the late 1990s, his wife died. In May 2019, he celebrated his 110th birthday, becoming the first (known) male supercentenarian from Venezuela. As of May 2020, six of his children were still alive, three sons (Ysabelino, Angel Edecio, and Andronico) and three daughters (Mary, Elena, and Nelida).

On 18 June 2020, Perez Mora was interviewed by Agencia EFE as the oldest living person in Venezuela.

On 18 January 2022, after the death of 112-year-old Saturnino de la Fuente Garcia of Spain, Perez Mora became the 'Oldest Living Man in the World' titleholder.

He became the last known surviving man born in the 1900s decade, following the death of Delio Venturotti on 1 June 2022.

Undated, with his wife Ediofina 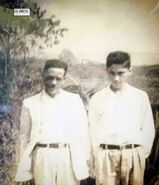 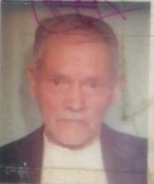 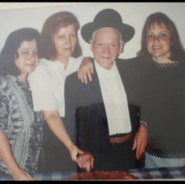 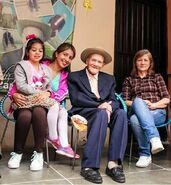 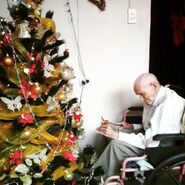 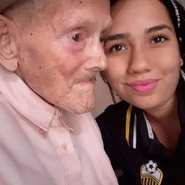 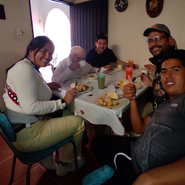 On his 113th birthday in 2022, having lunch with relatives