Juana Bautista Aritama Alandete de Fuentes (24 June 1907 – 21 May 2021) was a Colombian supercentenarian whose age has been validated by the Gerontology Research Group (GRG).

Aritama was born in Gaira, Santa Marta, Magdalena, Colombia on 24 June 1907, the youngest daughter of the six children of Domingo Aritama and Teodora Alandete, who were both single at the time. She loved to dance during her youth. She never attended school. She learned to read and write from the woman who taught her at her home. She worked in a community service, cooking arepas. She never drank alcohol. All of her life she lived in Gaira, Magdalena, Colombia. In Gaira, she met her husband, Jose Rosario Fuentes. She had six children with her husband, with whom she spent 54 years married. Four of her children were alive in 2020: Tranquilina, Olga, Silfredo and Rosario. Her husband died at the age of 80. For some time, she worked with her niece, Dominga Hincapie Aritama, in the restaurant "Donde Minga" in El Rodadero.

Aritama is Catholic and she claimed the secret of her long life is her belief in God, and the food (fish, banana, yucca...). She was still able to walk unassisted at the age of 110. On her 111th birthday, she had 40 grandchildren, 90 great-grandchildren and 42 great-great grandchildren. Aritama has been the oldest validated living person in Colombia since the death of Carmen Jaramillo Chavarria on 15 July 2020. Her age was verified by Stefan Maglov, Santiago Garcia and Fabrizio Villatoro, and validated by the GRG on 17 May 2021. 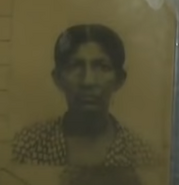 Juana Aritama at the age of 50 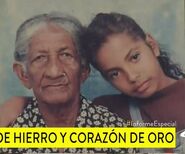 Juana Aritama in her centenarian years

Juana Aritama in a undated photo

Juana Aritama dancing at the age of 110

Juana Aritama at the age of 113