Julio Cesar Mora Tapia [Spanish: César] (10 March 1910 – 22 October 2020) was an Ecuadorian supercentenarian. He was the oldest known living man in Ecuador whose age is validated and, at the time of his death, one of only two living validated male supercentenarians, the other being Albano Andrade of Portugal.

Julio Cesar Mora was born in Ecuador on 10 March 1910. He met his wife Waldramina Maclovia Quinteros Reyes (born 16 October 1915) during her school vacation period, when she went to visit her sister, who lived in the same building as Julio Cesar Mora. They met through her sister's husband, who was Julio Cesar’s cousin. Seven years later, on 7 February 1941, they got married in the oldest church in Quito, La Iglesia de El Belen. It was an intimate and secret celebration because the relatives of the bride and groom did not agree with the marriage. However, they were accompanied by their godparents and closest friends. They had 5 children (including Aura Cecilia). Their first son died at the age of 58. He was a professor and teacher.

In October 2018, 4 children were still alive. Julio and Waldramina take great pride in the fact that all their children are educated, and hold college degrees.

In August 2020, his age was officially validated by Guinness World Records, and alongside his wife, he received the title of the oldest married couple, with an aggregate age of 214 years, 358 days. He also became the first validated male supercentenarian from Ecuador. At that time, they had 11 grandchildren, 21 great-grandchildren, and 9 great-great-grandchildren. 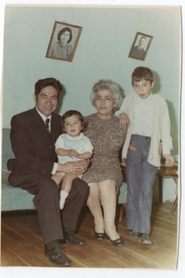 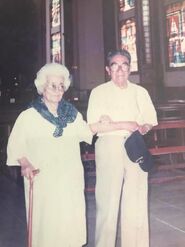 Julio Cesar Mora with his wife Waldramina Quinteros in a church (undated). 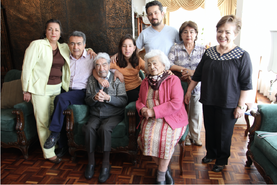 Julio Cesar Mora at age 108, with his wife Waldramina Quinteros at age 103. 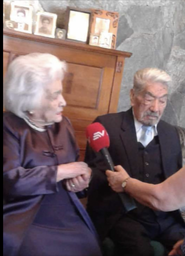 Julio Cesar Mora on his 109th birthday, with his wife Waldramina Quinteros. 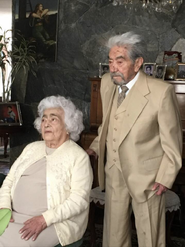 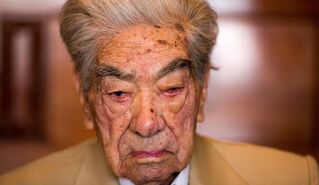