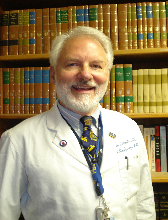 Leslie Stephen Coles (19 January 1941 – 3 December 2014) was an American gerontologist who was the founder and Executive Director of the Gerontology Research Group (1990–2014).

Leslie Stephen Coles was born in New York City, United States on 19 January 1941. He received his B.S. in electrical engineering from Rensselaer Polytechnic Institute in Troy, New York, his Master's in mathematics from the Carnegie Institute of Technology, and his Ph.D. in systems and communication sciences from Carnegie Mellon University. After attending Stanford University School of Medicine, Coles completed his clinical internship in obstetrics and gynaecology at the Jackson Memorial Hospital of the Leonard M. Miller School of Medicine (University of Miami).

He published over 130 journal articles on subjects ranging from robotics, artificial intelligence, computer science, to the study of human aging and longevity (gerontology, biogerontology, anti-aging). Dr. Coles is the first person to have performed multiple supercentenarian autopsies. Under his direction, the GRG grew from just a local discussion group in Los Angeles in 1990 to an online internet prescence in 1995 to the de facto arbiter of world human longevity rankings (beyond the first place) when it teamed up with Guinness World Records in early 2000. By 2002, the GRG database was effectively established, having grown from just 68 initial cases in 1998 to several hundred. By 2006, the GRG database exceeded 1,000 cases.

Dr. Coles continued to expand the influence of the GRG over the years, having been featured in the New York Times, Wall Street Journal, Smithsonian, etc., especially from 2004 onward.

Dr. Coles sought, in his studies of supercentenarians, to identify what might be preventing humans from "living longer than they do". He was a co-founder of the Supercentenarian Research Foundation in 2004, with Stan Primmer.

In December 2012, Dr. Coles was diagnosed with pancreatic cancer. He continued to work part-time over the next two years as he sought treatment.

He died in Scottsdale, Arizona, United States, from pancreatic cancer on 3 December 2014 at the age of 73 years. His brain was cryogenically frozen after death. 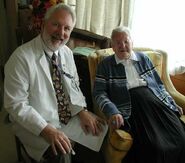 With Gertrude Baines on her 115th birthday in April 2009 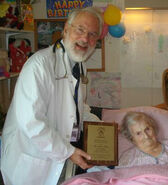 With Germaine Degueldre in October 2010 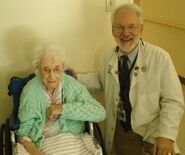 With Charlotte Flowers in 2011 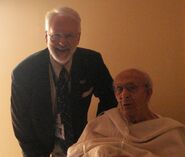