Gonzalez de Andujar was born in Bani, Peravia Province, Dominican Republic on 6 April 1911. When she was 7 years-old, the Spanish flu emerged, and she still remembers how her mother put camphor bags on her chest and for her siblings. She is the penultimate of 15 children. Lilian married and had three children. She worked as a housewife.

She became the oldest living Dominican Republic-born person on 10 May 2021, following the death of 110-year-old Edilia Ramona Nunez (who died in the United States). 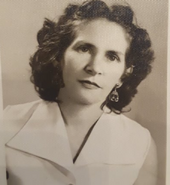