Schaaf was born in Dietlingen, Baden-Wurttemberg, Germany, on 16 October 1906. As a young girl, she worked in her aunt’s watch factory. She emigrated to the United States at the age of 21, arriving on 4 June 1928. A cousin sent her the money to move to Chicago, Illinois, where she worked cleaning houses and taking care of children.

Schaaf married her husband, Erwin, on 24 April 1931. She stayed at home to look after their two children when they were young, before later working part-time packing chocolates at a candy store. She also worked as a cook at the Hapsburg Inn in Des Plaines, Chicago, where her husband moonlighted as a bartender.

After the Second World War, Schaaf sent regular care packages to her relatives in Germany, mailing them items such as tobacco, coffee, and toilet paper. In 1952, Schaaf returned to Germany for the first time since emigrating.

At the time of her 110th birthday in October 2016, Schaaf lived in her own home in Chicago, Illinois, and reportedly enjoyed cooking and baking. Toward the end of her life, she lost some of her vision due to macular degeneration.

At the time of her death, Schaaf was the second-oldest living emigrant whose age has been validated by GRG, after Tekla Juniewicz. She was also the oldest living person born in Germany and the sixth-oldest known living person in the United States. 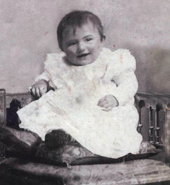 Schaaf as a baby

Schaaf as a child, with her siblings 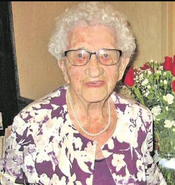 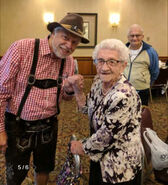