Lourdina Conceicao Lobo (8 December 1908 – 3 November 2021) was an Indian supercentenarian whose age is currently unvalidated by the Gerontology Research Group (GRG).

Conceicao Lobo was born at Salvador do Mundo in Socorro, Goa, India, on 8 December 1908 as the eldest of nine children. At the time of her birth, Goa was a Portuguese colony. She married Jose Maria Lobo in 1944 in Camurlim, Goa, and the couple had four children (one son - Brian - and three daughters, including Joanita and Gemma). She gave birth to her first child aged 37, which was unusual at the time. She had six grandchildren as of 2011. The family lived in Bombay until 1961, when they returned to Goa. Since 1963, Conceicao Lobo has lived in the same house in Camurlim.

Conceicao Lobo was independent well into her 90s, still doing many tasks on her own up until the age of 103. She became wheelchair-bound after developing gangrene at the age of 102, which caused her to have her toes amputated. Doctors wanted to amputate her leg, but she refused. As a centenarian, it was reported that she enjoyed watching television and stitching, as well as knitting and darning. A devout Catholic, she stated that: "These two things are the only things that count in life. Love thy neighbour and Love thy God."

Conceicao Lobo was diagnosed with diabetes at a young age, but still enjoyed eating sweet and sugary foods. In May 2020, her last surviving sister was 92 years old. She had a history of longevity in her family, with both her mother and aunt living to be over 98 years old. She was a fluent Portuguese speaker and still read the newspaper every morning as of 2020. 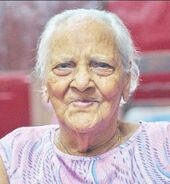 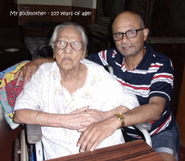 Aged 107, with her grandson 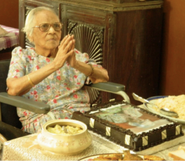