Lucile Randon (born 11 February 1904), known as Sister Andre [French: Sœur André], is a French supercentenarian who, at the age of 118 years, 185 days, is recognized by Guinness World Records as being the oldest validated living person in the world since the death of Kane Tanaka of Japan on 19 April 2022. Her age is also validated by the Gerontology Research Group (GRG).

Randon was born in a set of twins. However, her twin sister Lydie Randon (11 February 1904 – 4 August 1905) died at the age of 18 months. Randon almost died alongside her sister, which her doctor predicted would happen, but managed to recover.

On 16 January 2021, Randon tested positive for COVID-19 during an outbreak which saw 53 out of the 90 residents of her retirement home infected with the disease. Randon was kept in isolation in her room, and did not suffer any symptoms other than feeling tired.

On 8 February 2021, just three days before her 117th birthday, it was reported that she had recovered, making her the oldest confirmed survivor of the disease. When asked by a journalist if she was afraid to have COVID-19, she answered: "No, I wasn't afraid, because I wasn't afraid to die." She went on to celebrate her 117th birthday on 11 February.

Prior to Randon’s COVID-19 survival in February 2021, Maria Branyas Morera of Spain was previously the oldest recorded survivor of the disease.

Randon became the oldest known living nun in the world following the death of 115-year-old Marie-Josephine Gaudette of Italy. Randon subsequently became the oldest ecclesiastical person ever recorded after surpassing Gaudette's final age of 115 years, 110 days on 2 June 2019. Randon is also the first and only nun to turn 116, 117, and 118.

On 11 February 2019, Randon celebrated her 115th birthday, becoming the third person in the history of France to verifiably reach this age, after Jeanne Calment and Marie Bremont. Since surpassing Bremont's final age of 115 years, 42 days on 26 March 2019, Randon has been the second-oldest validated French person ever, behind only Calment, who lived to the age of 122 years, 164 days.

Following the death of Irena Martial of the French Overseas territory of Guadeloupe on 29 June 2022, Randon became one of only two French people remaining born in the 1900s decade (the other being Juliette Bilde).

Following the death of Andre Boite on 15 July 2022, Randon, along with Juliette Bilde and Marie-Rose Tessier, became the last three surviving French people born before 1911.

Following the death of fellow Frenchwoman Gabrielle des Robert on 3 December 2018, Randon became the last known person in Europe born in 1904. She subsequently became the oldest validated living person in Europe, as well as the last known validated European born before 1905, following the death of 116-year-old Italian Maria Giuseppa Robucci on 18 June 2019.

On 11 February 2020, Randon became the sixth recorded European to verifiably reach the age of 116.

Since surpassing Emma Morano's final age of 117 years, 137 days in 2021, Randon has held the record as the second-oldest validated European ever recorded, after Jeanne Calment.

On 11 February 2021, Randon became the third recorded European to verifiably reach the age of 117, after Calment and Morano.

On 11 February 2022, Randon became only the second European person in history to reach the age of 118, and the first to do so since Jeanne Calment in 1993.

On 11 February 2022, Randon celebrated her 118th birthday, making her the fourth validated person in history to reach this age, and the first person to reach this age without holding the title of the world’s oldest living person. This also marked the first time on record in which two validated people aged 118+ were both living at the same time.

Following the death of Kane Tanaka on 19 April 2022, Randon became the oldest validated living person in the world, as well as the last surviving validated person born before 1906. Randon was aged 118 years, 67 days at the time; this is the oldest age at which anyone has ever gained the title of the world's oldest living person.

Colored photograph of Randon with the violin as a young girl 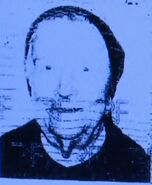 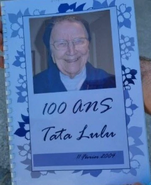 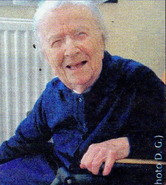 Randon (aged 116) a few days before her 117th birthday in February 2021, shortly after recovering from COVID-19 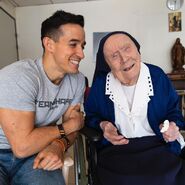 Randon on her 118th birthday in February 2022, being visited by Hubert Falco, the mayor of Toulon