Ma Shitu was born in Shibao Township, Zhong County, Sichuan, China (then Republic of China) on 14 January 1915 (5 December 1914 by lunar calendar). He had around four siblings. In July 1936, he entered National Central University, where he majored in the Department of Chemical Engineering.

Ma was twice married. His first wife was killed by the Kuomintang.

In 1939, Ma was appointed party secretary of Western Hubei District. Because the party organization was destroyed by the Kuomintang, he fled to Chongqing in 1941 and then was accepted to National Southwestern Associated University. In 1946, he became party secretary of Chuankang District.

Ma joined the China Writers Association in 1962. In 1972, he was deputy head of the Propaganda Department of CPC Sichuan Provincial Committee, and served until 1978, when he was appointed vice president of the Chengdu Branch of the Chinese Academy of Sciences and its party branch secretary.

He was a delegate to the 6th and 7th National People's Congress.

In 1983, Ma published the fiction Stealing Official Position [Chinese: 盗官记]; the book was later adaptated as a movie, Let the Bullets Fly, by Jiang Wen, and released in 2010.

On 5 July 2020, in Chengdu, Sichuan, Ma announced that he would no longer write. In December 2021, he made a donation for the Ma Shitu Literary Award. 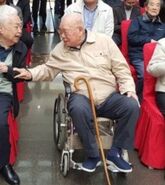 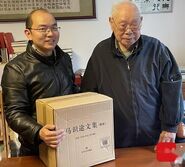 Aged 106, in December 2021, having made a donation for the Ma Shitu Literary Award 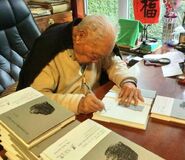 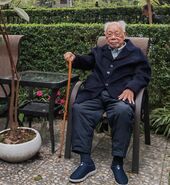