Madeleine Jeanne Chat (10 August 1907 – 14 December 2020) was a French supercentenarian whose age was validated by the Gerontology Research Group (GRG) on 19 September 2020. She was the oldest known living person in the region of Bourgogne-Franche-Comte, France at time of her death.

When she was a child, she witnessed World War I. She described it as an endless war where "soldiers, ingeniously, keep them busy with pounding shell breeches which became inkwells, vases, lamps, and more kinds of objects. My father has made some of these kind of objects that me and my young brothers discovered when he was in leave." Her father served in the back of a troops' refuelling service, so he came back without injuries. However, her three uncles were injured at leg, and limped all the rest of their life. She was 11 years old when the armistice was signed. It was four o'clock, when she was leaving school with a classmate, and there was a lot of agitation.

She studied in Dijon and worked as a researcher in Nancy and Paris, before returning to Auxerre at the time of her retirement in 1972.

Chat never married and had no children, and has joked that "God did not give me children, but the devil gave me nephews." Longevity runs in Chat's family; her mother and brother both lived to 93, her aunt lived to 104, and her great-grandmother lived to 95.

She bought a computer at the age of 104 and, according to her niece, continues to send emails and photos even as a supercentenarian.

At the age of 112, she walked without assistance or eventually with a cane. As of her 113th birthday in 2020, she was able to walk with a walker. She has chosen the menu and made the invitations. When her niece asked her if she was tired, she replied: "Yes, but it's an happy tiredness !". 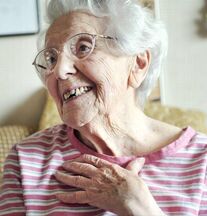 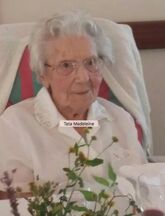 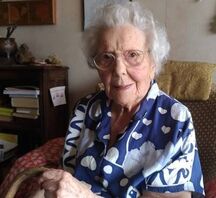