Pina-Torres was born in Barcelona, Spain on 24 February 1883. She classically educated by her wealthy parents and played piano to a very high standard. A respected painter in her own right, Pina-Torres married the famous painter Joaquin Torres Garcia in Barcelona on 20 August 1908, and became his "inseparable companion". She travelled throughout Europe with her husband and visited New York. In 1934, they settled in Montevideo. Well known in Uruguay as "Dona Manolita", Pina-Torres founded the art museum, Museo Torres Garcia in Montevideo on 29 July 1953. In 1951, Pina-Torres created a Montevideo based organisation named MAOTIMA, which was dedicated to working on embroidered tapestries.

Pina Torres's art has been described by experts as "creative and beautiful", but she stopped painting after her marriage to ensure she would not become a better painter than her husband, which would have been shameful to their family during her time and in her culture. She was known to help artists who were suffering from political persecution. Pina-Torres later refused to move back to Barcelona because of the crimes against art that were committed there by Franco backed Nationalists, such as destroying frescoes. She created an inventory of her husband's work, which included over 350 pieces of art. After the death of her husband, Pina-Torres decided to ensure his legacy by creating a museum dedicated to his art which was not completed until she reached the age of 106. She was honoured in 2000 by the Cultural Center Foundation, Caixa Terrassa. 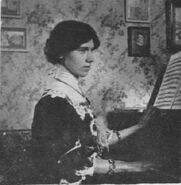 Manolita Pina at the piano in 1907

Manolita Pina with her husband Joaquin Torres-Garcia in 1910

Manolita Pina with her family in 1916

Manolita Pina in her centenarian years 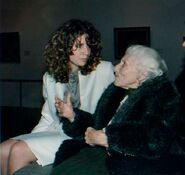